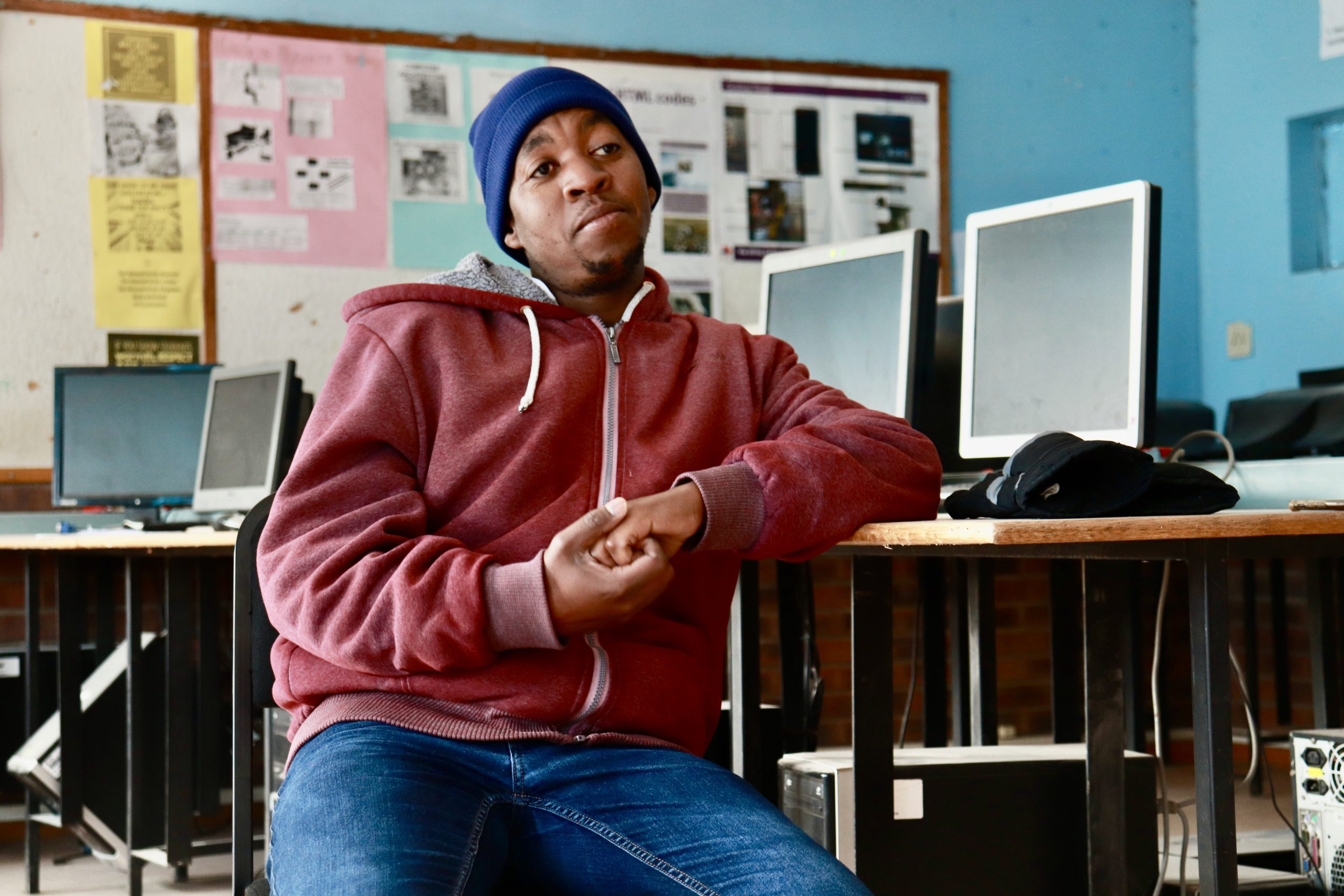 Mautse, South Africa — A week after his 24th birthday, Mohlolo Eric Katsana quit his job as a marketing consultant to pursue his dream of being the boss of his own IT company while making a difference in the world.

Born in Welkom, the second largest city in the otherwise mostly rural Free State province, Katsana discovered a passion for technology in fifth grade. After winning an award in Natural Science and Technology at Ithabiseng High School, he decided it was something he wanted to pursue.

“That’s when I decided I’d like to see myself working towards that and developing that particular technical skill,” Katsana said.

But Katsana didn’t touch a computer until she was a freshman at Boston City Campus in Bloemfontein. That year, 2014, he earned a Networking Specialist Certificate, the first of nine academic and professional IT and business certifications.

After leaving his marketing job at Blackbird Trading in Bloemfontein, Katsana founded Independent ICT Consultant, a company that provides IT support, training and media development services. But Katsana also uses her knowledge of computers and her business to pursue her other passion: activism.

A current resident of Mautse, an apartheid-era black township in the Free State, Katsana brought his technological skills to the community. With the help of a mentor, Katsana secured 20 donated computers which went to Taung Secondary School and Tshepo Generation Soup Kitchen, a non-profit organization that helps food-insecure Mautse youth and of poverty.

Hossana Twinomurinzi is the head of the Center for Applied Data Science at the University of Johannesburg. He said it is rare for South African secondary and primary school children to have access to computers at this age, let alone learn to use them.

“It’s a huge challenge,” said Twinomurinzi. “It is not enough to be able to have them. You also have to be able to use them productively.

At Tshepo, Katsana teaches children the basics of computers, including how to type their name, how to create a profile and what are the components of a computer. On a recent Wednesday afternoon in mid-June at the Tshepo generation soup kitchen, Katsana had set up a few desktop computers in the corner of the room. Five children gathered as Katsana showed them what each button did.

Katsana’s efforts in Tshepo align with her larger goal of building a community computer center.

“The plan was to establish a center where I could teach and where the community could come and be able to learn computer skills,” Katsana said. “They may be able to break through unemployment, where they can even get a certification and try to get a job with that certification.”

Both at the school and in Tshepo, funding posed problems in achieving this goal. Much of the donated equipment is obsolete and needs to be repaired. Additionally, internet connectivity is spotty.

“There’s a lot to do,” Katsana said. “I have to replace the server. I have the computers, but now the server is too old. If it can be replaced, then I can establish its full capacity.

Katsana said he knew that with all his qualifications he could be back in the corporate world and earn a lot more money.

“I can find a job,” Katsana said. “I can apply now, and believe me, in three weeks I will have it. But since I started the business and started the programs, I’ve seen the effects.

At the university level, there is a growing interest in people studying information technology ((T), according to Muni Kooblal, Ph.D, chief academic registrar at Richfield College in Durban.

But something bigger is driving Katsana as he strives to make technology accessible to more members of his community.

“I believe in having an impact not just in business but in society,” Katsana said.

Long-term Katsana said he had a dream of creating a college focused on entrepreneurship, innovation and technology.

“I’m looking to the future of this country and making an impact not just in South Africa but in Africa as a whole,” Katsana said.

For now, a small group of young Maustes were clamoring for Katsana’s attention as he explained the components of a computer. Screwdriver in hand, Katsana opened the ancient processor and assigned each child a coin to help them remember.

As the children correctly repeated the names to him, Katsana danced and sang for them, as he had promised to do, with a smile on his face.