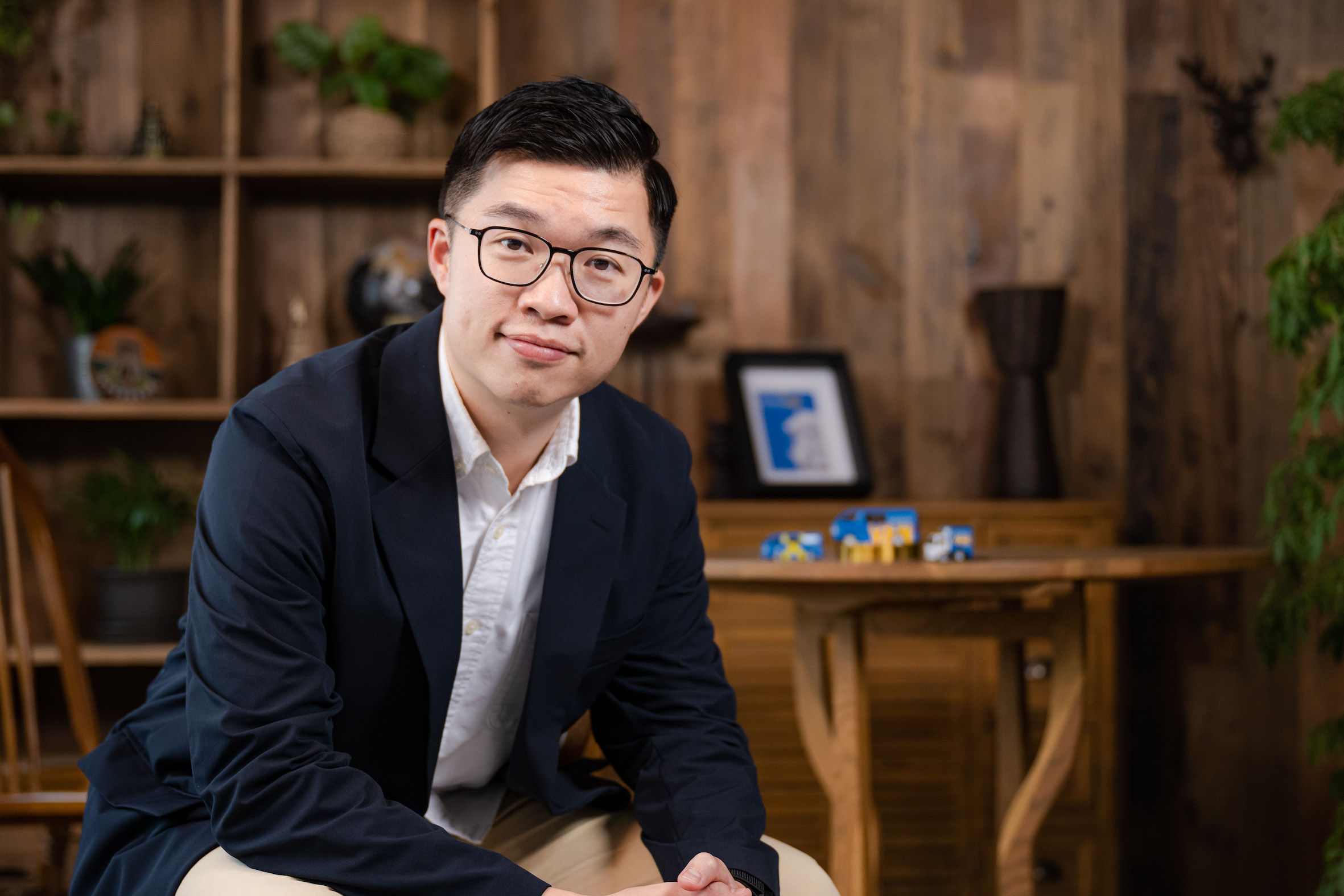 GoGoX Entrepreneur Steven Lam on his road to success

If you’ve ever needed to move furniture or send packages in Hong Kong, you’ve probably heard of GoGoX, or at least recognize its old name of GoGoVan and its big blue and yellow logo. We caught up with co-founder and CEO Steven Lam to find out how this billion-dollar company came to be and why you don’t always need money and experience to get started.

Hong Kong’s first unicorn start-up, with a valuation of over US$1 billion, GoGoX seems to be the ultimate entrepreneur’s dream. The on-demand delivery platform revolutionized the traditional logistics industry in Asia in 2013 with a mobile application that connects individuals and businesses with van drivers for transporting goods.

Fast forward to today and GoGoX – the “x” stands for unlimited possibilities – encompasses GoGoVan, GoGoDelivery and GoGoBusiness for an expanded portfolio of services ranging from door-to-door delivery and more personalized logistics solutions. It currently operates in 340 cities with an impressive 4.5 million registered drivers in Hong Kong, Mainland China, Singapore, Taiwan, South Korea, Vietnam and India. To think that it all came together because the three founders, Steven Lam, Nick Tang and Reeve Kwan, came across an idea at a Chinese restaurant in San Francisco, where they were delivering food, is really quite amazing.

For Lam, his entrepreneurial story begins a little earlier. “I come from a low-income family,” recalls the self-proclaimed “everything cheap agent.” “I grew up in a housing estate in Kowloon and loved growing up here. Looking back, I’m really grateful to have a good family. Money and material things just weren’t part of my life, because we just didn’t have any. But I think that’s what makes me who I am today.

The son of a housewife and a construction worker, it is clear that Lam’s humble demeanor stems from his working-class background and it was not until his academic difficulties became apparent that the opportunity presented itself. presented. “I kind of had to go to California,” Lam says. “I had to take the HKCEE (now DSE) three times and my exam results were so bad…I was [ranked] in the bottom 10 in a school of about 300 people. That’s when my father asked me, ‘Why don’t you leave school and start working with me?’

That summer, fate made a long distance call from California when his uncle, who had lived there for 20 years, invited him on his first trip to America. Shortly after returning to Hong Kong, Lam’s uncle asked his father the question that would change his life. “Why don’t we send Steven to California to study and live with me?” Unable to afford that prospect, Lam’s father was adamant it wouldn’t work. To which his uncle replied, “When I came to California, nobody in my generation came with the money, we came here for the money.”

Over the next few months, Lam dropped out of high school in Hong Kong and moved to the United States, but instead of moving to Los Angeles to live with his uncle, he set out to carve his own path in the Las Vegas region. San Francisco Bay. He enrolled in a community college and started working at a Chinese restaurant, where he met two fellow Hong Kongers, Nick and Reeve, who became not only his good friends, but also his business partners and the co-founders of GoGoX. .

“They are like brothers to me. If I didn’t have enough money for gas, they would fill my tank. Or if I had an exam and couldn’t work because I needed to study, they would split the money they earned working that day. We are like brothers. It was during this time that the three would come together to hatch crazy ideas and come up with business plans for fun. Little did they know that these would come back to help them in the future.

Besides working at the Chinese restaurant, Lam found other ways to make ends meet at the community college. “I sold hot dogs in the parking lot, fixed computers and refurbished used bikes,” he recalls. Meeting many students on his way, he eventually joined the student government as a regular member and even ran for president. “I thought, why not? I’ll just try. Then, Lam befriended an African-American soccer player in his English class. “I still remember him, his name was JT. When he found out I was running for president, he introduced me to his friends in the yard. That’s how I got the vote for me the largest group of African Americans. This was a record breaking moment, as this particular group of students never used to vote at all!”

Lam went to college during the financial crisis of 2008, attending the Haas School of Business in Berkeley, where he continued his parallel efforts to fund his education. “We used to buy auto parts in bulk from Alibaba and sell them on eBay. We also resold unlocked first-generation iPhones and it was a great price – enough money to go to college.

Suffice it to say, his tenacious character and fierce entrepreneurial spirit is what got him to where he is now – and he acknowledges that it likely stems from his grassroots upbringing. “There will be times when the situation will not be in your favor. There is nothing wrong with that. You cannot control what is beyond your control. But you can control yourself, so you have to work hard.

Unable to find employment in California, Lam returned to Hong Kong but struggled to find employment. Shortly after, Nick and Reeve joined him unemployed, before deciding to start something together. Using an idea they had while working at the Chinese restaurant in San Francisco, in 2011 the trio launched BoxAd, a company that sold and printed advertisements on the side of Chinese take-out boxes. The business did well and within months they were delivering to over 600 restaurants across Hong Kong, which at its peak was over 100,000 boxes a day.

Success, however, is never easy and soon enough they ran into trouble with call centers organizing van drivers. The inefficiencies of this old radio frequency system led to delivery delays and customer complaints. So they tried to contact drivers directly and added them to WhatsApp groups – at the time it could only hold 10 users – to send delivery directions. . This presented another set of problems, with more than one driver showing up for pickup and demanding payment for their time. “That’s when we decided to solve this problem once and for all by communicating with all drivers at the same time with our own app, and that’s how GoGoVan was born.”

When asked if he considers himself a success, Lam blurts out a “No!” [GoGoX is] like a nine-year-old kid still trying to learn… The road is always changing. What you think will work today may not work tomorrow. Why settle for today’s success? Keep fighting, keep building, and keep delivering value to our customers.

On the GoGoX sequel, Lam reveals his plans for the future. “We want to expand our footprint in Asia. We will continue to focus on East Asia and expand in terms of technology and logistics. We must prepare for the next wave of technologies, for example the autonomous vehicle. Not necessarily in Hong Kong, but I think the technology is ready. I also want to explore new services for SMEs and e-commerce, digitizing their workflows and processes while managing all their logistics needs. This is our vision.

As we wrap up our meeting, I can’t help but feel inspired by Lam’s journey and how he started from scratch in a new country and found ways to make things work, even without all the… money or experience that the world tells you is needed. “Just start building what you believe in. Don’t wait,” Lam says. “You don’t need money or experience to get started. Build your experience along the way, then keep adjusting. Stay nimble.