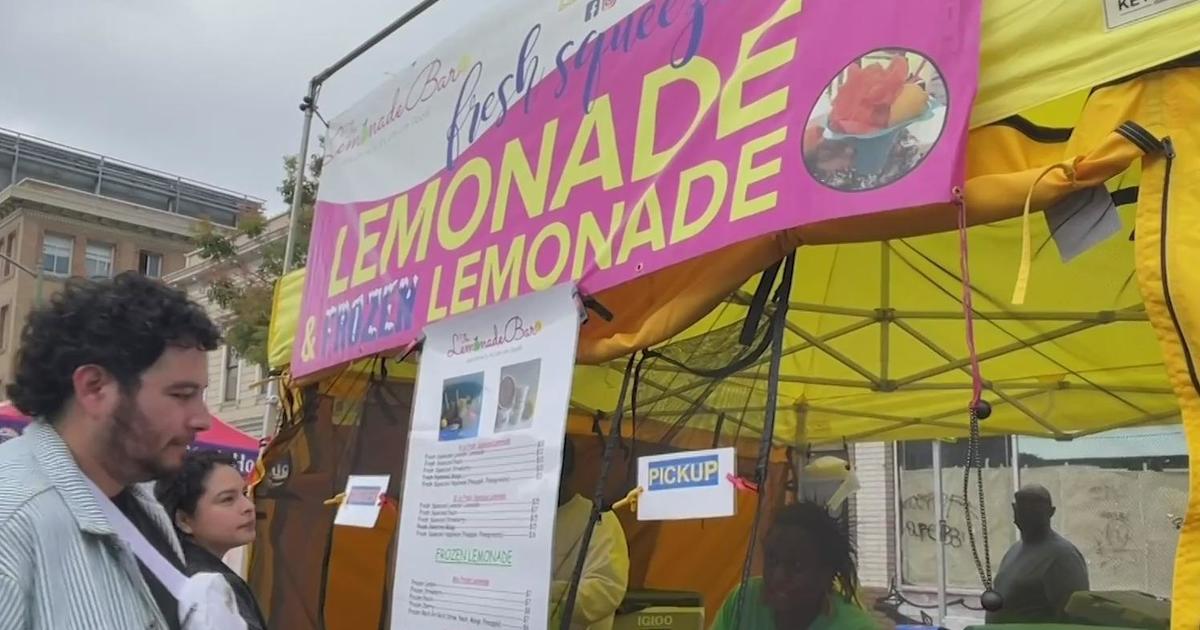 East Bay entrepreneur turns her passion into a lemonade business

OAKLAND – If you’ve attended Oakland’s First Fridays or local events, you might have heard of Lemonade Bar. Founder Imani M-Glover and her family sell lemonade made with unique, fresh ingredients not typically found in lemonade.

One of their most popular is their lavender lemonade. But doing all of this comes with a process.

It starts in the kitchen. Usually on Thursdays, Imani and her children go to a local commercial kitchen and make the lemonade. Each person has a role, and each is essential.

“I want them to have a really good feeling that they can taste and smell every sip,” Imani said.

And that requires fresh ingredients grown on local farms.

“I make a great lemonade. And that one is a lot of labor of love too. It’s organic mint, organic watermelon,” M-Glover said.

“A labor of love” is how she describes the making process.

M-Glover said entrepreneurship is in his DNA. When she was in high school, she sold popcorn balls at school so she could help her mother and pay for her extracurricular activities.

Fast forward to now, and she’s turned her hobby into a business. It wasn’t easy to get there, but she tells the others that if they have a passion, go for it.

These are words that she also passes on to her children.

When it’s time to pack up in the kitchen, M-Glover and his kids head to their headquarters. It’s a place where they plan an event and also where his other passion is: writing.

She has written several books, but her most recent is called Fostering Foster. She wrote it with her son Solomon. The inspiration behind it is his own life.

So behind all the hard work, lemonade and books, the motivation comes from his family.

Jocelyn Moran is back in the Bay, where she grew up. She joined KPIX 5 in October 2021. Prior to KPIX, she was a reporter in Fresno, where she covered a number of issues including the impact of the pandemic on the most vulnerable communities in the Central Valley.