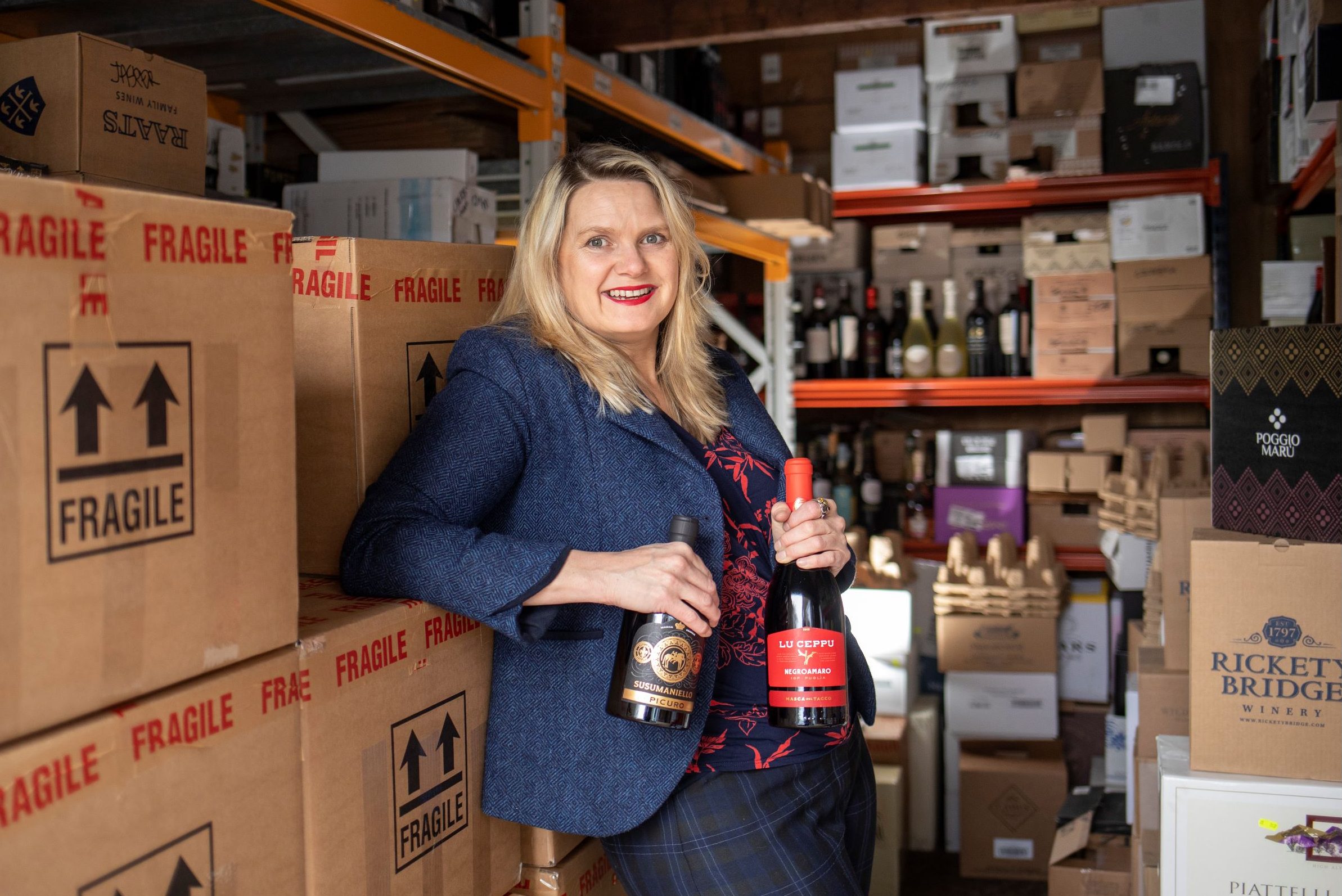 An entrepreneur toasts the success of her wine business

A North Yorkshire resident who found herself out of work just before the first lockdown is drinking to the success of her online wine selling business.

Karol-Ann Hewgill has now sold over 50,000 bottles of wine from her garage in Austwick through her company Lekker Wines.

From a range of 150 wines, mostly from her native South Africa, she now stocks around 450 varieties from countries including Italy, France, Spain, Argentina and New Zealand.

Hewgill, which has been backed by AD:VENTURE, a business growth scheme for start-ups in North and West Yorkshire, intends to launch its own wine warehouse which would also be open to the public.

In January 2020, Hewgill, who previously worked in sales, left another winery business and began looking for work.

“I thought there were plenty of jobs around and I had several interviews. But then the interviews dried up and the world went crazy,” she said.

“So I thought what am I going to do with myself? I decided while I was looking for something that I would take my personal licensing exam, then I thought why can’t I see if I can get a license for my garage?

“I nailed that, then I thought, why don’t I buy some wine and start a little website – and it literally grew from there.

“I just want to choose beautiful wines, quality wines. The range isn’t extensive, but it’s a wine I’m happy to drink and recommend.

Initially, she sold to the public through her website, but local shops, hotels and bars quickly demanded trade prices and bulk orders.

She turned to AD:VENTURE, who gave her a grant of £4,806 to pay for website improvements, as well as IT equipment and marketing materials.

In addition to receiving a scholarship from AD:VENTURE, she received a business mentor and attended several webinars and workshops.

Hewgill needs to recruit a staff member and plans to hire more. She also employs one of her sons on weekends to help prepare orders.

AD:VENTURE is partly funded by the European Regional Development Fund (ERDF), with other funding and delivery partners in the Leeds City area, including Craven District Council.

Cllr Simon Myers of Craven District Council, Senior Member of Enterprising Craven, said: “Lekker Wines is a great example of a successful business that literally grows out of someone’s passion.

“We know there are a lot of budding entrepreneurs out there and with the help of programs like AD:VENTURE, we can turn dreams into reality and create much needed jobs in the area.”